A cat is often being a close companion to human. It’s adorable and gentle behaviour makes a cat a very classy and a good friend to human too. I used to have a cat which I got it from my aunt. He was white and has some black spots on his body.

On the day we picked him up, my mom gave a name Chicky to him. Meanwhile, I suggested to give him another name which was Chicarito (a Manchester United player). Since it is hard to call him with Chicarito, so we stick to Chicky.

Chicky is a very gentle and lovely cat and we love him as part of the family. We treated him like a human. Food, shelter, blanket (my mom made it), and shower for almost once in every three days. In short, we really really love him. We never make a cat as our pet, so he is the first cat in my family. He used to bite me and the scars still on my hands. But, I never wanted to harm him as he did.

After I left my home to further my study, my mom and dad took care of him. But now, he is dead. I can’t imagine how he died and I don’t wanna know. So, for those of you who has cat at home, love him/her as we did.

IN MEMORY OF CHICKY 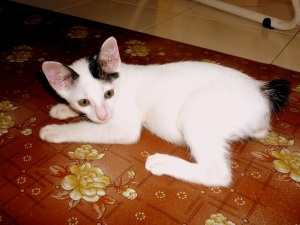 The first encountered with this new species of cat was in 2006. The cat is called clouded leopard or “Sunda”. It was found in BORNEO. Just look at the difference between Sunda and normal leopard. It is very distinct and shocking. I myself became shocked and amazed by the skin. It is so attracting and rare. WOW!

It is different isn’t it? Well, compare with these leopards. The black one is obviously different in terms of its colour. But, Sunda is even more different. WOW! 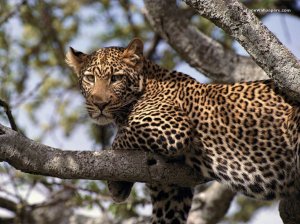 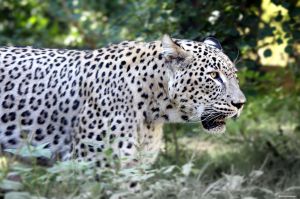 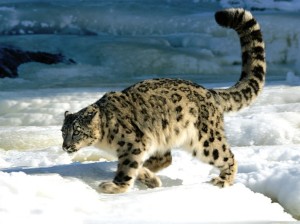