Space shuttle or UFO is a true legend told by generations. It has been a hot topic whenever unexplained thingy flies in the skies. Not bird, not aeroplane, but just unexplained object. Shaped in triangle and flew up and down in the space, this video will show the latest evidence of unexplained flying object (UFO). This video was filmed by NASA Discovery STS-133. Just watch the video and you will be surprised!

Credits to: Realufos.net and Youtube.com

A new discovery on solar system shocked me. Experts have found a new solar system. The star is called HD 10180, is located about 127 light-years away n the southern constellation of Hydrus, the male water snake, the European Southern Observatory (ESO) said in a press release. The system has at least five planets. One of the planets is about the size of earth. Could it be a new planet for human in the future? 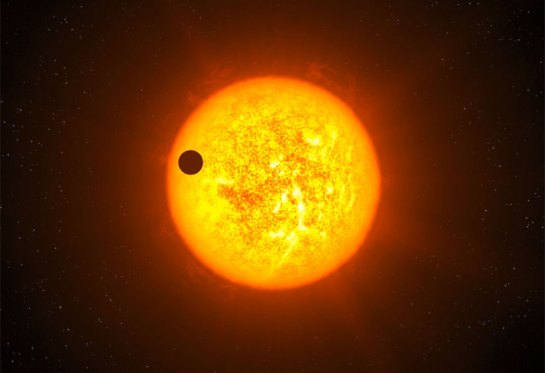